Posted by Jaga Marketing on August 28, 2018
Housing Societies in Pakistan
0

DHA (Defence Housing Authority) is the biggest and standardized housing venture in Pakistan which is spread in the key cities of Pakistan. DHA has launched its major successful projects in Karachi, Lahore, and Islamabad and now DHA is going to set its roots in another industrial city Gujranwala with the name Defence Housing Authority Gujranwala. Here the developers have not only brought housing solutions for armed forces but the general public as well.

DHA Gujranwala is an urbanized housing venture which gives its dwellers a sense of living in a place that is assorted with something extra in every aspect of life, also the entire housing scheme is en-suited with the high-tech civilities for convinces of its adored masses. The addendum of this project has enhanced the majesty of the Gujranwala by adjusting the up-to-date international progression real estate sector.

DHA in Gujranwala was introduced in 2014 with a vision to give the people of the city a liberal living style stipulated with every updated residential and commercial nicety. The project has been divided into 2 Phases where the further extension is expected to be held shortly. The Project is located at G.T Road adjoining to Rahwali Cantt or Gujranwala Cantt surrounded by many recognized and developed residential schemes of town.

The DHA Authority has used the most significant and prime locations of Gujranwala which can be easily accessed from any part of the city, thus contributing a lot in attracting investors. The Google map of the project intimate the project is located very next to Rahwali Cantt a few minutes away from Grand Trunk Road Gujranwala.

DHA Gujranwala is a mega project which can be accessed from all sides of the city and have good proximity to numerous significant neighborhoods including Gulshan Colony, Kot Inayat Khan, and Rawalpindi-Bypass.

The Government of Punjab has recently launched a new power plant at Nandipur which can be easily accessed with a few minutes’ drive from DHA Housing Scheme Gujranwala.

One more important thing about the location is that it is situated 10 km from the main city center.
Furthermore, the Defence Housing Authority is directly connected to Chenab Gate and army check-post Gujranwala.

Before talking about the payment plan of society let me inform you about the balloting of files. The balloting of 5 Marla plots has been done where the developers have given 4000 plots the details of which are as 3200 were allotted to the general public, 280 plots were given to armed forces, 120 plots are given to senior individuals, and 400 units were prearranged for overseas Pakistanis.

The balloting date of 10 Marla and 1 Kanal Plots will be announced soon. To get updated about the application procedure and balloting the interested investors can contact us on the below-mentioned numbers or can also visit the head office of the society which has now been transferred in Lahore.

Below, I am sharing downloads regarding application procedure, balloting, and prices, etc.

At launch, the developers offered the easy payment plan of DHA Gujranwala where 5 Marla files are balloted and handed over to the applicants. Now the booking for 10 Marla and 1 Kanal files is open for which the developers have quoted a 20% down payment. The remaining amount will be payable in easy installments of 2 years. The development charges are not included in the payment plan and will be charged at the time of possession.

Following is the payment schedule of 5 marla plots.

Defence Housing Authority Gujranwala is a mega housing society in the town that has been spread on 100 acres of land equipped with all living comforts and amenities. Currently, the project is in its development phase and balloting of 5 Marla files has been announced. DHA Gujranwala presently consists of 2 phases named Phase 1 and Phase 2.

Both of the phases are under development; in fact, development work is taking place at a rate of knots. The developers have not yet revealed further information about these phases and about the further expansion of the blocks however it is confirmed that they will extend the society.

The society is designed to provide vibrant and convenient living accompanied by a friendly and peaceful environment. Here your life-associated facilities including hospitals, schools, golf courses, community clubs, cinemas, joggings tracks, own power plants, central mosques, and many more for tranquil living.

DHA or Defence Housing Authority Lahore is a communal organization acknowledged on a national scale; from its inception till today they have made an effort to arrange a chance to live the inventive facsimiles of modern living for the people of Pakistan. DHA by modifying the up-to-date international developments in community management has supplemented the stateliness of our towns and societies.

They have imparted a new life that is exquisitely bouncing, appealingly lively, and expediently functional by introducing vital supplementary facilities, up-to-the-minute edifices, and infrastructure. DHA has carved out its every residential and commercial project with the use of sustainability, determination, experience, and strategic town planning.

DHA Gujranwala is offering a bundle of facilities few of them are listed below:

According to public reviews, I would suggest investing here. Just like other DHA projects this will also a golden opportunity for investment by investing in which you can earn huge returns in the future. Currently, the rates are high but in the future, after development, the rates will be twice or thrice today’s rates. So before you miss out to apply for the DHA Gujranwala file pick up your phone and call us on the given numbers or visit the official website or Facebook page to get information. 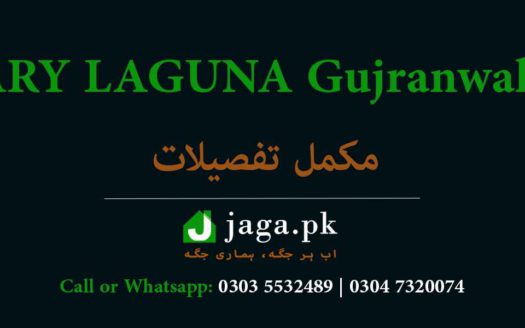 Jan 04, 2022
In Pakistan, we have many housing societies but there is no such society that has a lagoon on its premises. ARY Gro ...
Continue reading 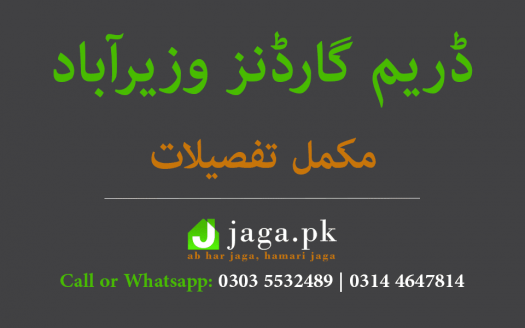 Feb 25, 2021
A housing project located on Daska road and is equipped with modern living facilities. It features 1524 residential ...
Continue reading 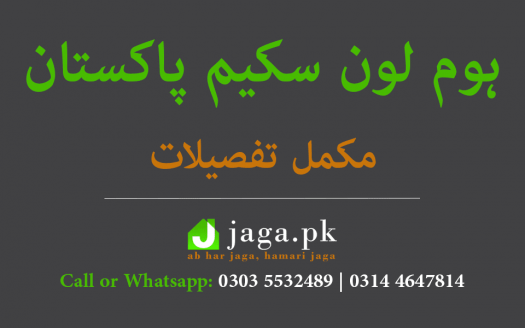